Today, April 22, marks the birth of the modern environmental movement. This year, the theme of Earth Day is “Invest In Our Planet.” United to beat Malaria realizes the importance of building a healthier planet in order to ensure every person has the right to living a healthy life.

In 2022, about 3.3 billion people are living in countries with high vulnerability to climate change. Our political, social, and commercial decisions are driving the climate crisis, which in turn is having a massive impact on human health. According to the World Health Organization, each year, more than 13 million deaths occur around the world due to avoidable environmental causes.

Extreme weather events, such as floods, wildfires and heatwaves, land degradation, and droughts, are injuring and displacing people, with disastrous implications for physical and mental health. As the COVID-19 pandemic has shown us, the most economically and socially marginalized groups are disproportionately impacted during disruptions to public health and livelihood.

Over the last few years, Haiti, South Sudan and Madagascar have each dealt with their own devastating natural disasters that have contributed to rising malaria rates in each country. 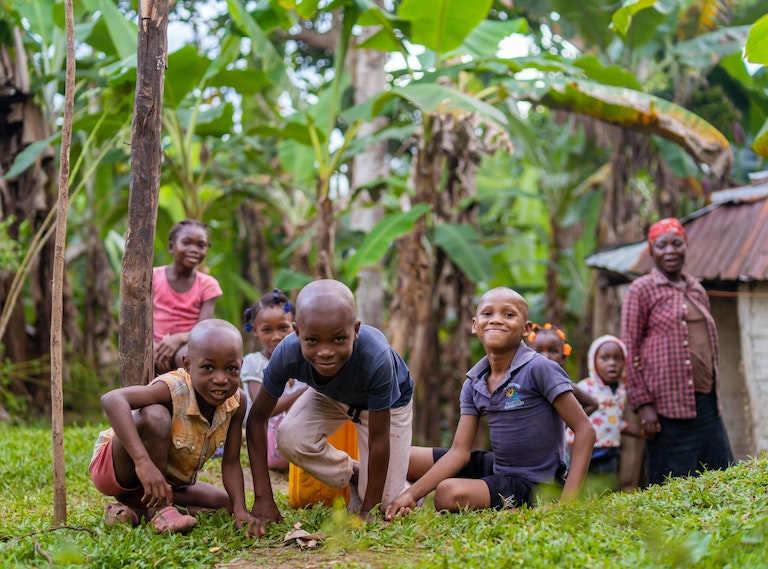 Last year, a 7.2 magnitude earthquake struck Grand’s Anse and Sud departments in southwest Haiti and left more than 650,000 people in need of emergency humanitarian assistance, in a region that carries over half of the country’s malaria burden. The earthquake destroyed houses, schools, health posts as well as roads and bridges, disrupting everyday life and making it even more difficult to reach those in need.

Haiti was already experiencing a resurgence of malaria due to COVID-19 complications and civil unrest. In 2020, malaria cases nationwide rose to 21,219, jeopardizing years of progress against the disease (cases declined from 84,153 in 2010 to 8,828 in 2018).

In response to this malaria resurgence, United to beat Malaria is supporting door-to-door malaria testing, treatment, and education in Grand Anse and Sud through a network of community health workers. These mobile health workers will reach thousands of residents, many of whom live miles away from the nearest health facility. 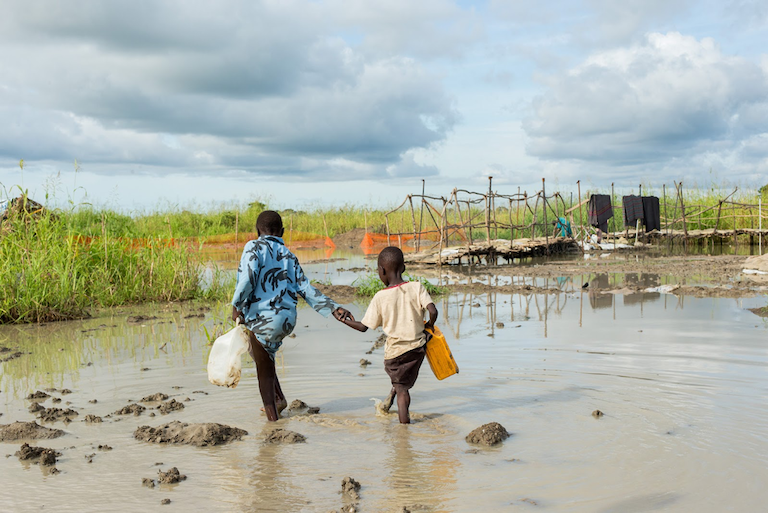 Since 2019, South Sudan has experienced the worst flooding the region has seen in 60 years.

Floodwater from Nile Basin rivers and lakes have destroyed hundreds of thousands of homes and displaced close to a million South Sudanese people. These floods have submerged entire communities and created ideal breeding grounds for malaria-carrying mosquitoes.

Malaria is already the country’s leading cause of hospital admissions and deaths in young children. In a country where 56% of the population lives at least five kilometers from the nearest health facility, many parents often carry sick kids for hours, often wading through floodwaters, just to get them the urgent care they need, including anti-malarial medication.

In order to drive down malaria in South Sudanese refugee camps, United to Beat Malaria is partnering with the UN Refugee Agency (UNHCR) to provide life-saving interventions such as insecticide-treated bed nets, malaria education and health worker training. 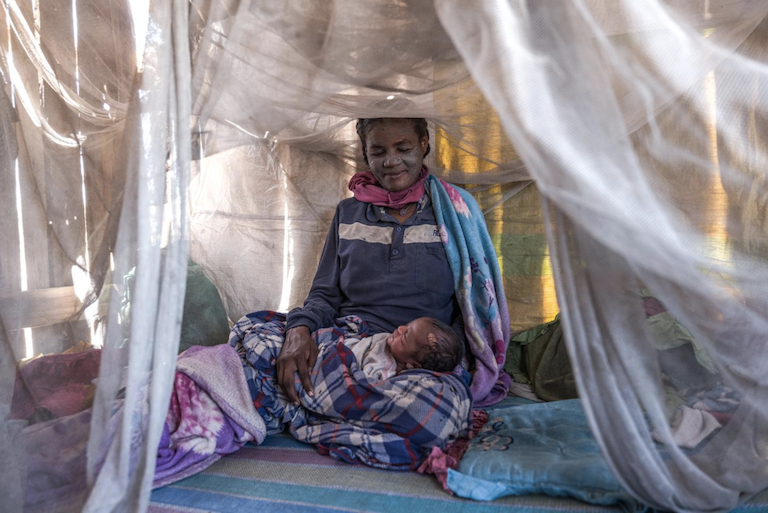 Madagascar, an island nation famous for its beautiful beaches and rainforests, has suffered tremendously over the last few years due to severe droughts and more recently, from cyclones.

To add to the crises, Madagascar has been hit with multiple cyclones and storms over the last six weeks. These cyclones have caused considerable damage, affecting over 960,000 people since January.

According to the World Malaria Report, malaria cases have doubled throughout Madagascar. This increase represents the largest escalation of malaria in the world (excluding countries with less than 25,000 cases in 2020).

In order to address the severe consequences of this disaster, United to Beat Malaria is working with UNICEF to support the delivery of 236,000 malaria rapid diagnostic tests, 127,000 courses of anti-malarial treatment for children, and 62,000 insecticide-treated bed nets.

This Earth Day, United to Beat Malaria hopes to draw attention to major environmental crises across the world and their impact on global health. Today, we are calling social, political and economic leaders to renew their commitment to protecting those who face converging crises.