Welcome to the Campaign Quarterly Newsletter, a snapshot of our work at Nothing But Nets and the global movement to end malaria for good!

In this issue: COVID-19 delays malaria programming in conflict-plagued Niger, a legendary opera singer releases a new album benefitting Nothing But Nets, and a new donor community strengthens the ‘lifeblood’ of our campaign.

Before the emergence of COVID-19, Niger was already facing an unprecedented national crisis. The Islamic State, Al Qaeda, and Boko Haram have all been waging separate wars along Niger’s long and porous borders. As the southern Sahara nation tries to contain these violent conflicts, while also accepting hundreds of thousands of refugees from neighboring countries, conditions for the Nigeran people have worsened. In 2019, the country ranked last in the world in the United Nations’ Human Development Index. In 2020, COVID-19 has complicated life further for Nigerans, shutting off supply chains and restricting access to healthcare and humanitarian aid – including mosquito bed nets and other vital malaria tools.

Malaria is the most deadly disease in Niger, accounting for 50% of all reported deaths (President’s Malaria Initiative, 2017). After over a decade of progress against the disease, malaria in Niger has escalated in recent years. As part of our commitment to protect the world’s most vulnerable people from malaria, Nothing But Nets launched a 2-year project (2020-2021) in remote parts of southwest Niger that will protect over 270,000 Nigerans from malaria.

COVID-19 complications in Niger – i.e. supply chain disruptions, travel restrictions, and mandates prohibiting large gatherings – have created a challenging environment in which to distribute bed nets and conduct health worker trainings. As a result, distributions and trainings planned for this Fall have largely been delayed to early 2021. We continue to work closely with our UN partners to ensure that all distributions and trainings take place before Niger’s peak malaria season (June to October).

Our Niger project focuses on remote villages near the conflict-plagued Burkina Faso border and will provide: 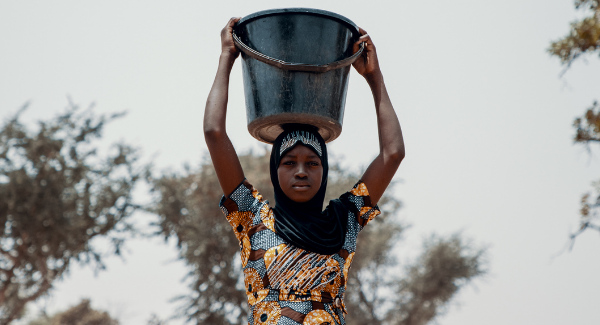 Samira is 11 and has lived her whole life in the remote village of Doubi Bangou, a tiny settlement in the vast, arid expanse outside of Niger’s capital, Niamey. While her two brothers go to school, Samira helps her mom with everyday chores like washing clothes and gathering water from the pump. Like many young kids in the village, Samira is a malaria survivor. Now she and her family sleep under bed nets that protect them from malaria-carrying mosquitoes. Despite the threat of malaria, nearby violent conflicts, and now COVID-19, Samira is optimistic for the future and has dreams of one day being a dressmaker in her village – “making people happy with beautiful clothes is the best way to help others,” she says.

A Powerful Voice in the Fight against Malaria

The grandson of a slave and son of a coal miner, Simon Estes emerged from a small town in Iowa to become one of the greatest bass-baritone opera singers of the 20th century. His uniquely American story took him from a home with no running water to most of the world’s great opera houses.

Along the way, he encountered racial prejudice within the US opera community. Dr. Estes spent most of the 1960’s and 1970’s earning international acclaim abroad, while the major American opera houses continued to snub him. He eventually built a decorated career in America – he has sung for six US presidents – and was influential in breaking down racial barriers in the opera world.

Now in the twilight of his 60-year career, Dr. Estes is not the type to rest on his laurels. He continues to devote his life to a higher purpose: supporting underprivileged youth and young artists in Iowa, while protecting children around the world from malaria.

The cause of malaria first struck a chord with him during the 2010 World Cup.

“When I sang at the World Cup in South Africa, I heard a startling statistic: that (in 2010) every 30 seconds a child died from malaria,” Dr. Estes wrote. “This realization – that children were dying needlessly from mosquito bites – inspired me to embark on what would become a lifetime mission.”

Dr. Estes, the ageless wonder that he is, has made countless road trips around Iowa to raise money for these causes. Incredibly – through benefit concerts, CD sales, and personal donations – he has provided scholarships to students in 54 Iowa counties and has raised over $500,000 for Nothing But Nets. These funds have enabled our campaign to protect over 100,000 families from malaria.

We’re excited to announce Dr. Estes’s latest fundraising venture. He has released a new compilation album, “Save the Children, Save their Lives & Negro Spirituals,” with proceeds benefiting Nothing But Nets and the Food Bank of Iowa. You can stream or download on your favorite digital music service:

In addition, this December Dr. Estes will activate a generous matching grant to Nothing But Nets from The Simon Estes Foundation, which will give donors the opportunity to double the impact of their gift. 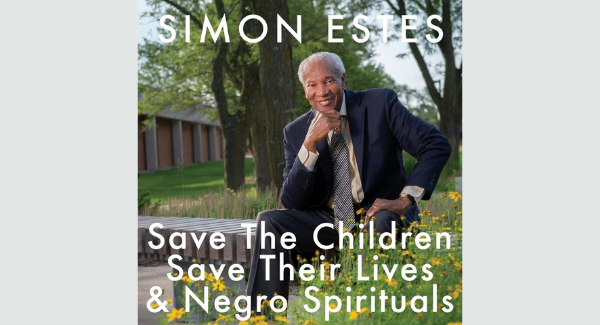 After a legendary six-decade career, opera superstar Simon Estes has dedicated his life to protecting children from malaria. The 82-year old bass-baritone singer has released a new compilation album with a portion of the proceeds benefiting Nothing But Nets.

As we approach our campaign’s 15th birthday, Nothing But Nets is excited to launch a new donor community – The Lifeblood Fund – dedicated to sustaining our campaign for another 15 years and beyond.

The Lifeblood Fund is a community of general operating donors who value our campaign’s vital role in the global malaria community. Consider what we’ve been able to accomplish in just 15 years:

Since our campaign launched in 2006, we’ve helped cut the global malaria mortality rate in half. With sustained enthusiasm, investment, and innovation, we can wipe out this ancient disease within this generation. But previous eradication attempts have shown that when we take our foot off the pedal, malaria roars back with renewed force.

Grassroots movements like Nothing But Nets are critical to preventing complacency by keeping the public engaged and activated in the fight against malaria. Our campaign is committed to leading these grassroots efforts for decades to come, until we reach our ultimate goal of a malaria-free world. This commitment is at the heart of our decision to launch The Lifeblood Fund.

We created The Lifeblood Fund at a time when COVID-19 threatens to undo years of hard-won progress.  A recent study in The Lancet estimated that malaria deaths may rise by 36% in the next five years due to COVID-19 complications. In the short-term, our campaign can use Lifeblood Fund donations to meet the urgent needs of malaria-stricken communities impacted by service delays and restrictions. So far in 2020, we’ve already taken on two special projects related to COVID-19; read about them here and here.

With a prolonged economic recession looming over us, it will be more challenging than ever to fully fund our existing programs, let alone support emergency projects and long-term planning. A Gallop poll revealed that charitable giving is at a 19-year low, and a large portion of that giving is supporting local COVID-19 relief efforts.

In the coming years, Lifeblood Fund donors will help our campaign remain nimble and adaptive as we mitigate the dual impact of malaria and COVID-19 on some of the world’s most vulnerable communities. Over the long-term, Lifeblood funding helps us sustain and grow our small but mighty team, keeps our campaign durable and dynamic during future crises, and gives us flexibility to support new projects and invest in new technologies that boost public engagement with the malaria cause.

Interested in joining The Lifeblood Fund community? Visit the Lifeblood Fund donate page; and for any questions please contact Emile Dawisha at edawisha@unfoundation.org. We look forward to building this vibrant donor community in the coming months and will share updates along the way!