In Conflict-Stricken Northeast Nigeria, Nothing But Nets Teams Up with Envu and MENTOR Initiative to Fight Malaria in Refugee Camps

Borno State is home to one of the world’s most complex and longest-running humanitarian emergencies. A decade-long conflict initiated by the insurgent group Boko Haram has displaced over two million Borno residents and left over seven million in need of urgent humanitarian aid. Vast swathes of this remote and arid region are considered highly dangerous and thus very difficult for health and aid workers to reach.

The ongoing conflict in Borno has caused rates of malnutrition to surge and fueled outbreaks of cholera, measles, and other infectious diseases. But by far the most deadly threat is malaria: 34% of all deaths in Borno are caused by malaria, more than any other cause.

Borno’s low access to healthcare – 41% of Borno health facilities are non-functioning – places a heavy burden on disease prevention campaigns, which typically launch before the May-to-October rainy season (i.e. peak malaria transmission season).  It takes a monumental effort, with support from global partners, to reach millions of people across this vast, restive region. And so, United to Beat Malaria has teamed up with Envu (formerly known as Bayer Environmental Science) and the MENTOR Initiative to launch an indoor residual spraying (IRS) campaign that will safely protect up to 386,716 displaced Borno residents from malaria and other vector-borne diseases.

This spraying campaign will take place in April and May within three camps for internally displaced people (IDPs). The makeshift tents in these camps offer little protection from disease-carrying mosquitoes, which breed in the plentiful pools of standing water due to the camps’ lack of drainage. Approximately 80% of the IDP camp residents are women and children, with one in four under the age of five – the age group most likely to die from malaria due to their lack of immunity to the disease. 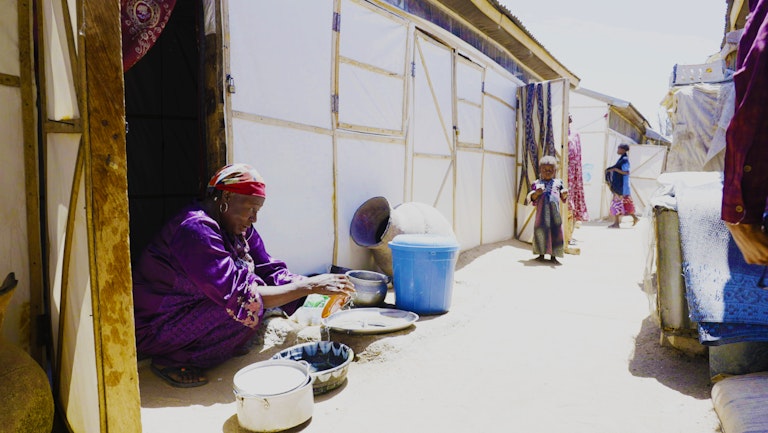 For this project, Envu made an in-kind contribution of 15,500 units of its “dual-action” IRS spray, Fludora® Fusion. This groundbreaking insecticide product safely protects homes from malaria for up to one year and kills mosquitoes on contact, including mosquitoes that are resistant to other insecticides. Nothing But Nets and USAID are each providing operational support to the MENTOR Initiative (Mentor) for this project.

We anticipate this IRS campaign will dramatically reduce malaria transmission in the three IDP camps. To sustain low transmission levels, Mentor plans to conduct a re-spraying campaign in Borno in 2022 and potentially in 2023 as well. We will share the results of the initial spraying campaign later in 2021, once the data becomes available.

This IRS campaign fits into the Nigeria’s new malaria strategic plan, which calls for a significant scale-up of vector control interventions and recommends IRS implementation in areas where bed nets are underutilized.  According to Mentor, bed nets are very difficult to hang in the cramped confines of Borno’s IDP camps and bed–net ownership in them is woefully low, with the majority of camps reporting that less than 25% of households own a bed net. In addition, Mentor reports that most bed nets currently available in Borno state are treated with pyrethroid and other commonly-used insecticides to which local mosquitoes have built up resistance.

In 23 previous trials across 16 African countries, Fludora® Fusion proved highly effective against 15 different mosquito–resistant strains and on 33 different surfaces. Last year, Envu donated Fludora® Fusion for a Nothing But Nets-supported IRS campaign in Haiti that protected over 10,000 households from malaria. Four months later, efficacy tests showed that over 95% of mosquitoes died within 24 hours after being exposed to the Fludora® Fusion-treated walls. 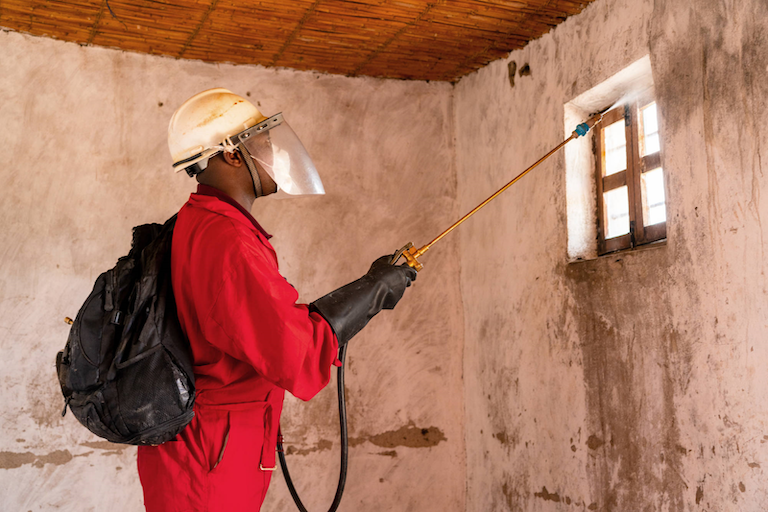 Fludora Fusion indoor residual spray safely protects homes from malaria for up to one year and kills malaria-carrying mosquitoes on contact, including pyrethroid-resistant mosquitoes. The spray has been proven effective against 15 different mosquito-resistant strains and on 33 different surfaces. Photo credit: Envu.

Envu is one of five agrochemical companies that has signed the ZERO by 40 declaration, which reaffirmed their commitment to collaboratively develop innovative vector control tools that last longer, work on most surfaces, and overcome insecticide resistance. Supported by the Innovative Vector Control Consortium and the Bill and Melinda Gates Foundation, ZERO by 40 brings these companies together around one common goal: to eradicate malaria by 2040.