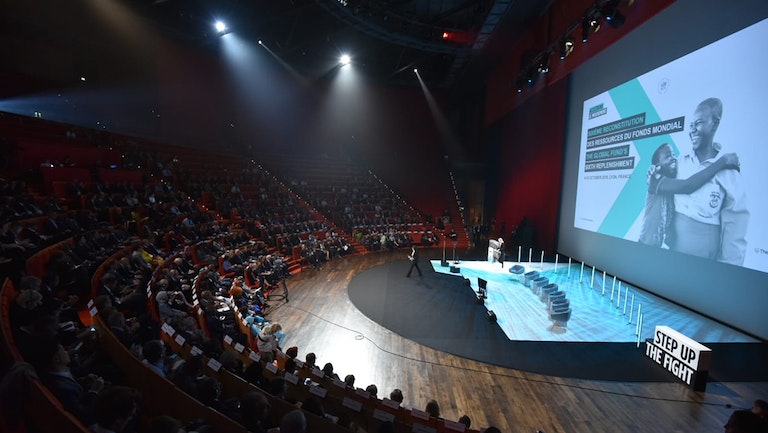 Photo courtesy of The Global Fund

Washington, D.C., November 12, 2021 – Margaret McDonnell, Executive Director of the Nothing But Nets campaign, welcomed the Biden Administration’s decision to host the next replenishment of the Global Fund to Fight AIDS, Tuberculosis, and Malaria:

“In October 2019,” McDonnell stated, “the world converged in Lyon, France for the Sixth Replenishment of the Global Fund. Partner nations, donors, and endemic countries stepped up the fight and garnered more financial support than ever before to eliminate the world’s most challenging diseases.

“Our world looks vastly different today as we are nearly two years into a global pandemic that threatens the very progress we hailed in Lyon,” McDonnell continued. “But the announcement from the Biden Administration on Wednesday underscores the leadership and commitment of the United States to the Global Fund’s mission to defeat HIV, TB and malaria and ensure a healthier, safer, equitable future for all.

We are committed to continuing our work with the Administration, bipartisan leadership in Congress and our constituent champions across the U.S. to ensuring it’s a successful replenishment that propels progress towards a world where no child has to worry about dying from a mosquito bite.”

On Wednesday, the Biden Administration announced its long awaited decision to host the Seventh Replenishment of the Global Fund. Investments in malaria programs by the Global Fund and the President’s Malaria Initiative have contributed to more than 7.6 million lives saved and more than 1.5 billion cases averted in just two decades.