The Nothing But Nets campaign continues to fight to beat malaria – a disease that largely impacts pregnant women and children. In 2020, a staggering 11.6 million pregnant women were infected with malaria in sub-Saharan Africa. Each year, malaria contributes to 10,000 maternal deaths and 200,000 newborn deaths worldwide.

Women and girls are on the frontlines of the fight against malaria. They make up 70% of the community health workforce that has been instrumental in driving down malaria cases and deaths in remote and rural communities. And as the greatest contributors to the informal care economy, women are often the first and last lines of defense against malaria in their family and community.

Freeing women and adolescent girls from the burden of malaria as well as caring for family members when they fall sick with malaria, increases their likelihood of completing school, entering and remaining in the workforce, and participating in public decision-making.

Across the globe, women and adolescent girls are making an enormous impact in the fight against this deadly, yet preventable disease. Here are their stories: 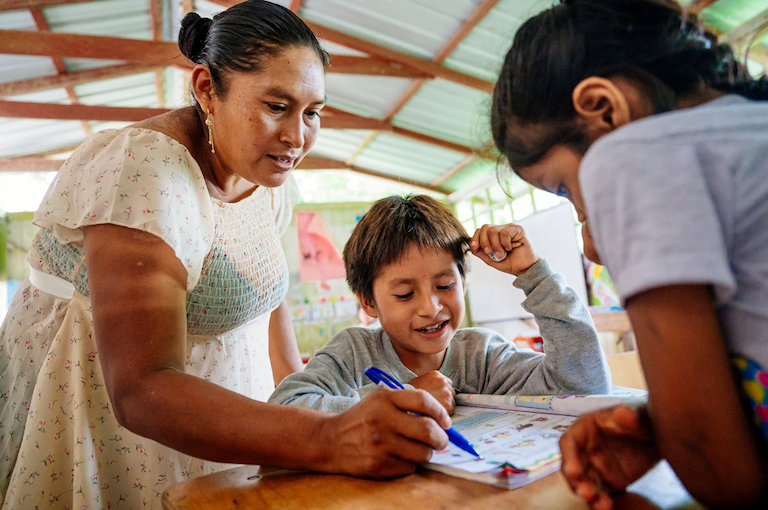 Lucrecia Vinza is an elementary public school teacher in the indigenous community of Kapawi, Ecuador.

In Kapawi, Ecuador, Lucrecia Vinza contracted malaria late in her pregnancy. She described suffering from the illness as the most frightening experience in her life.

“I was six months pregnant and I was really scared,” Lucrecia explained. She developed a high fever, chills and anemia. Her daughter was born with and treated for malaria, while Lucrecia required multiple blood transfusions to save her life.

Fortunately, Lucrecia and her daughter made a full recovery. Yet, Lucrecia’s story is one many women share in malaria-endemic countries.

After getting back on her feet, Lucrecia became motivated to fight to beat malaria in her community. She became a teacher at the Kapawi elementary public school.

“I try to help to eliminate malaria. I decided to fight for my kids, and the kids at the school where I teach, to not get malaria.” she said. 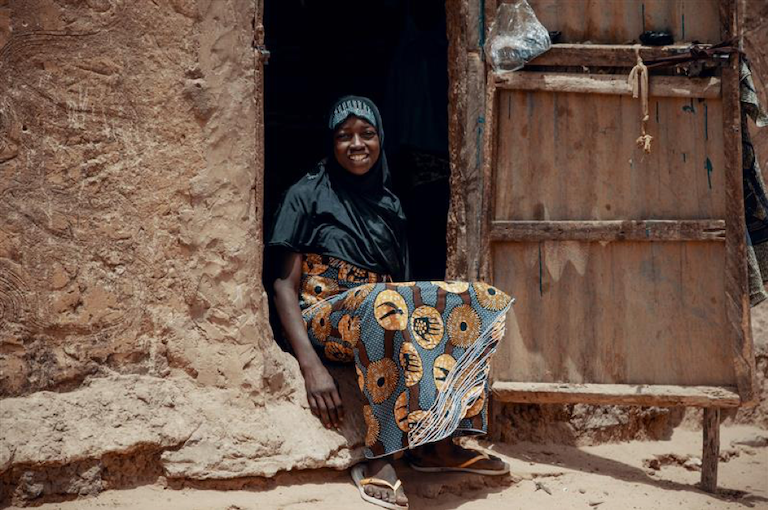 Samira is an 11 year-old girl who has grown up in Doubi Bangou, a remote village outside of Niger’s capital, Niamey.

After school, Samira helps her mom with everyday chores like washing clothes and gathering water from the pump. One day, she hopes to become a dressmaker in her village – “making people happy with beautiful clothes is the best way to help others,” she says.

Samira says she is grateful that she and her family are now healthy. However, she still can recall the weeks she endured malaria. She missed out on laughing, being with friends, and enjoying her regular day-to-day activities.

Fortunately, she made a full recovery. Now, her family sleeps under mosquito nets that protect them from malaria-carrying mosquitoes.

With the nearest health facility a day’s journey away, the village’s community health worker, armed with disease prevention, diagnostics, and treatment tools, is critical to Samira’s family. 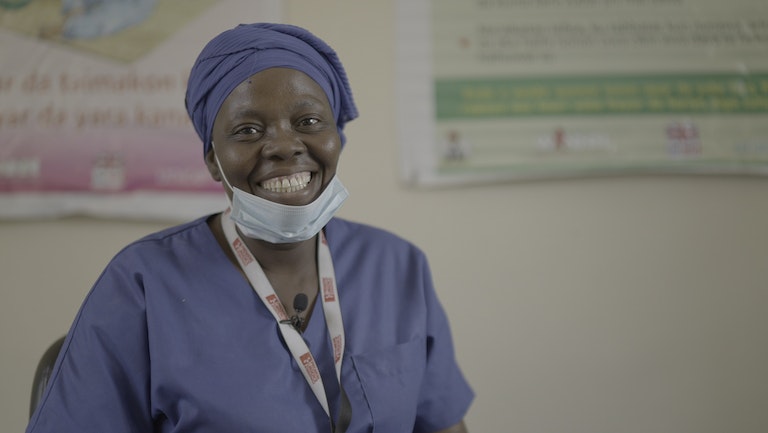 Victoria is a registered nurse and midwife in Maiduguri, Borno State.

Our final hero, Victoria Momoh, is on the frontlines of the fight against malaria. Victoria is the sexual and reproductive health supervisor in Maiduguri, Borno State.

As a registered nurse and midwife, Victoria cares for many patients who suffer from malaria. ”In pregnancy, malaria becomes a serious problem. You are now thinking of two individuals, not just the one: the mother and the child. And if malaria is not treated you can have complications,” said Victoria.

1 in 3 pregnant women in Sub-Saharan Africa get malaria during pregnancy. The life-threatening illnesses can lead to severe complications such as cerebral malaria, miscarriage, still birth, or aenemia.

“If malaria was not there, these women would be a lot stronger, they would be able to do their day to day activities. The children would be stronger, go to school. Their production as a woman would be higher,” said Victoria.

With the right solutions, women and girls can live healthy lives and reach their full potential.

In 2020, just over one third of pregnant women in 33 African countries received the recommended 3 or more doses of IPTp. This represents a considerable increase in coverage since 2010 but we must step up coverage until every woman everywhere is protected from malaria.

Nothing But Nets works with UN partners and local health officials to provide comprehensive tools and resources for the fight against malaria in vulnerable communities around the world, including IPTp through antenatal care visits.

In order to achieve equality, the global community must scale up their response to malaria. Join the 2022 Nothing But Nets Leadership Summit: United to Beat Malaria to learn how you can get involved in the fight for a malaria-free world.