My name is Sifa Ndusha, and I am a former refugee from the Democratic Republic of Congo (DRC). This is my journey to find safety, health, and happiness.

Since 1996, my home country of the DRC has been involved in violence that has killed more than 6 million people. I was born and raised in the eastern parts of the country where fighting continues and destroying infrastructure, creating human rights violations and causing physical and psychological damage to citizens. My family was attacked several times, which made us move from place to place.

After being abducted and assaulted on my way home from the market, I became pregnant with a baby boy. Two weeks after I gave birth, my family and I were forced to flee from our home and walk thousands of kilometers for a place to stay. We walked three days and nights before reaching a safe place with my 2-week-old baby on my back.

In addition to weapons and rapes, millions of people died mostly from diseases and hunger especially women and children. Because of that, I fled the country in 2007 after losing my mother and several family members. I went to Uganda with my children and several of my younger siblings seeking for asylum, where we were granted refugee status and lived as refugees under UNHCR protection.

Despite having a bachelor’s degree, I was unable to find a job. I was very sick and started developing signs and symptoms of Post-Traumatic Stress Disorder (PTSD). Because of the living situation, my children were on and off hospital stays suffering from malaria and typhoid fever. We were only living on humanitarian assistance that provided us with food, medications and mosquito nets. 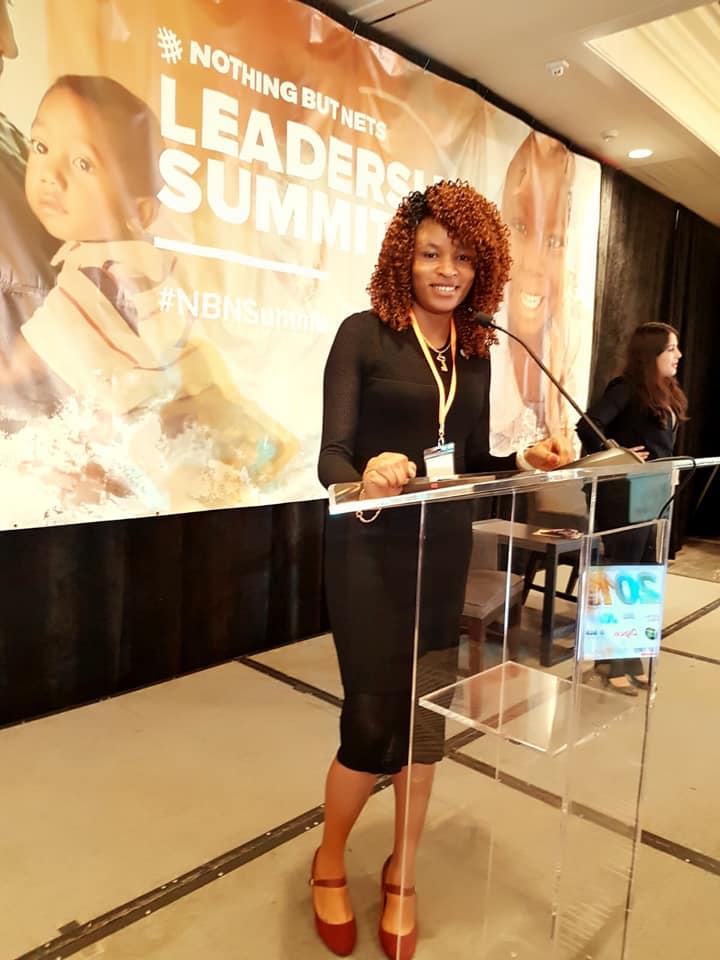 In November 2011, my family was blessed by a resettlement to the United States. Since then, my life has changed from misery to happiness. I was born and raised in a country where malaria is the main cause of death among children and pregnant women.

So when I heard about Nothing But Nets in 2013, I was very interested in becoming a champion. My life had been saved by the United Nations and I wanted to advocate for other people who still live in need.

I have known malaria since my childhood. When I was 12, I felt sick and had high fever and continuous vomiting. At that time, my parents did not have money to take me to the hospital for treatment. They cured my fever with traditional remedies, but the relief only lasted a short while. Soon, my skin started changing color and I became very weak.

A priest from our local parish took me to the hospital where I underwent surgery because my liver and intestines started shutting down. The doctor said that it was because of malaria. Thankfully, I was able to be treated, but thousands of others aren’t as lucky: malaria kills more than 400,000 people each year, most of them children under the age of 5.

As a champion for Nothing But Nets, I contribute to the elimination of malaria by raising my voice and advocating malaria prevention in my local community. My goal with Nothing But Nets is to go further in my career by working with the victims to eradicate malaria for good.

My goal is to work for and meet with families facing crises in any circumstances – especially refugees and displaced people. As a former refugee, I do understand their struggles and sufferings. I want to be part of the generation that ends malaria for good.

Learn more about becoming a Nothing But Nets champion here, or make a donation to protect refugees from deadly malaria here.